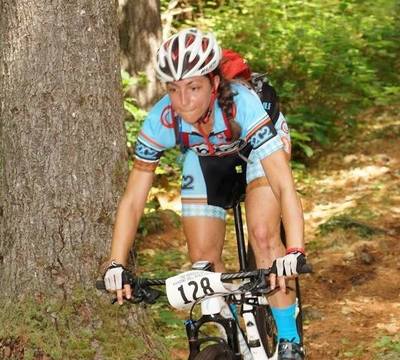 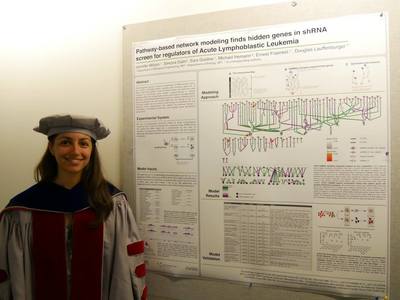 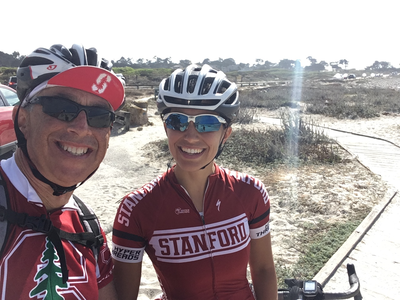 I'm currently a fellow with the SPARK center in the Chemical & Systems Biology Department at Stanford. The SPARK center was kind enough to offer me a position when I proposed ideas for developing novel network approaches for better identifying druggable and specific therapeutic targets. Look back for more soon on these projects!

I completed three years (2016-2019) as a postdoctoral scholar with the UCSF-Stanford Center for Excellence in Regulatory Science and Innovation (CERSI). I rotated between Stanford, the US FDA, and Genentech. At Stanford, I developed the PathFX algorithm in collaboration with the Genomics and Targeted Therapy Group (GTTG) at the US FDA with Russ Altman and Micheal Pacanowski. PathFX identifies disease and side-effect phenotypes proximal to drug targets in development. We created PathFX-web (in collaboration with SFSU) and my FDA colleagues are currently using this implementation to aid regulatory review. It's humbling to find research problems where you can have an impact, and PathFX was and still is exciting because a simple algorithm could add a great amount of value to the FDA review process. At Genentech, I supported the Tecentriq gastrointestinal-genitourinary programs (Sept 2018-Feb 2019) and developed quantitative systems pharmacology models for translating in vitro hematotoxicity data to predict clinical rates of cytopenias (March 2019-August 2019). More simply, we used mathematical relationships to simulate how anti-cancer drugs cause decreases in essential blood cell types. The hope is that simulation can improve anti-cancer therapy development by quickly eliminating compounds that have catastrophic effects on these blood cell types. The process of shepherding a therapeutic discovery through development and to the market is no easy feat; by spending time at Genentech I witnessed the depths and complexities of this process and now better understand the linchpins in clinical development.

I completed my Ph.D. in Biological Engineering at MIT with Doug Lauffenburger as an NSF Graduate Research and Koch Cancer Graduate Fellow. I developed network models to better understand RNA-interference (RNAi) screens. RNAi was an exciting and powerful precursor technology to the more recognizable CRISPR. Scientists discovered that introducing specific types of RNA into cells caused the cells to "silence" these genes. As biologists and engineers, tools that modulate a gene's function are powerful for research and eventually therapeutic development because they allow you to understand different biological processes (think cancer development, or progression for instance). However, if you think of an RNAi as a key, it turns out that these keys were not very specific -- many of the genetic "doors" in biology are similar, and using one key often unlocked many genes instead of single genes. This phenomenon diluted the power of RNAi, yet with network models, I demonstrated that you could better identifying the genes affecting a biological process. In my thesis, I looked at RNAi screening data (think testing thousands or tens of thousands of keys all at once) and used network methods to predict which genes the RNAi keys were most likely affecting. The network methods provide context for any of the genetic doors that seemed relevant in an RNAi screen. Perhaps the screen uncovered one door in New York, but five doors in California - you might trust the doors in California because there are more keys in that neighborhood than the one, single door in New York. I demonstrated that network methods could identify neighborhoods of genes relevant to Acute Lymphoblastic Leukemia and growth-factor driven cancers and that these methods increased the interpretability of RNAi screens despite similarity between the RNAi keys.

As a graduate student, I was a founding fellow in the department's Communication Lab and a graduate resident tutor (GRT) in McCormick Hall, MIT's undergraduate, all-women dormitory. The Communication Lab affirmed my excitement for communicating science and taught me valuable coaching skills for mentoring students in research and communication. McCormick was home for almost 4 years, and despite being the "adult" in the room, the dorm was an amazing place to call home.

As a Virginia native, I completed my bachelors of science in Biomedical Engineering and Science and Technology Policy minor at the University of Virginia. At UVA, I explored systems biology techniques for novel pro-angiogenic therapeutics with Edward Botchwey, and completed an internship with the Amazon Conservation Team (ACT). At ACT, I researched best practices for studying and preserving indigenous medicine, but left with a fascination for the breadth of natural products and their roles in indigenous medicine. My science policy minor and internship taught me the value of having scientists at the table during policy discussions and piqued my interest in the policy and regulatory worlds.

It's also no secret that I love bikes. I race road, mountain, and track cycling competitively, and spend most weekends outside on my bike barring any natural disasters. I received a Stenner scholarship from USACycling in 2015, and won the NCNCA's womens cat 3 spring road series.